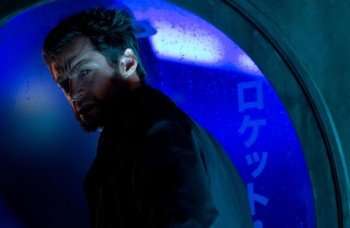 Comic-Con is one of the biggest events of the year, not just for comic book fans, but for movie lovers as well. The event takes place this year in San Diego, California from Thursday, July 18 through Sunday, July 21. The convention features a large range of pop culture elements, such as horror, animation and more. Also included are panels, interviews and previews of highly anticipated movies and television shows. But what really highlights the convention are the devoted fans, including the thousands of diehard fans who dress up as their favorite hero, all of whom travel to San Diego for this event.

For many actors who will appear at Comic-Con, it is quite an event for them as well. Not only are they there to promote their projects, but to see the fans who come out in droves to see them and support them. We have spoken to many stars who have had a great time in past years, and have told us that Comic-Con can be an overwhelming experience.

Actor Hugh Jackman, who has ventured out to Comic-Con for many of his prior films, told us that you can never prepare for Comic-Con, and it is the most wonderful, amazing, freaky, slightly frightening experience! (Click on the media bar below to hear Hugh Jackman)

Hugh Jackman can be seen later this month in The Wolverine, opening in theaters July 26.

Kate Mulgrew’s Back On Board ‘Star Trek’ With ‘Prodigy’