Leonardo DiCaprio On The Universal Connection With ‘The Great Gatsby’ 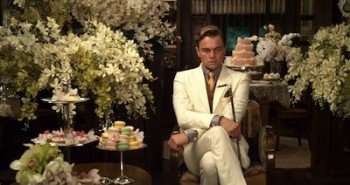 Director Baz Luhrmann reunites with his Romeo & Juliet actor Leonardo DiCaprio for The Great Gatsby, the latest cinematic adaptation of F. Scott Fitzgerald’s masterpiece about life in the roaring twenties. DiCaprio stars as the main protagonist Jay Gatsby, a big dreamer who finds himself rich beyond his wildest dreams thanks to his criminal lifestyle.

During the press conference for The Great Gatsby, Mr. DiCaprio talked about why Jay Gatsby is such an iconic character.

The Great Gatsby opens May 10th.