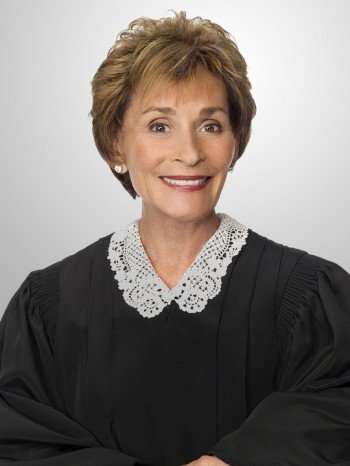 Judge Judy is one of the most successful shows on television. Not only has Judge Judy and her show dominated daytime television for 17 seasons, she is also a best selling author. Many who watch Judge Judy have different perspectives on her demeanor. Some, like us, think at times she has far too much patience with the foolish litigants who don’t get that they are wrong. Others think she is short tempered and impatient.

We spoke to the great Judge Judith Sheindlin, who freely admitted to us that one of her strongest traits isn’t judicial temperament, but part of the reason she has that attitude is because she wants a lesson to be learned. She is trying to teach the audience what to do and not to do if they get into predicaments like the litigants in her courtroom. (Click on the media bar below to hear Judge Judy)

For more on Judge Judy, check out her web site http://www.judgejudy.com/