Usher Hyped About Season 4 Talent On The Voice 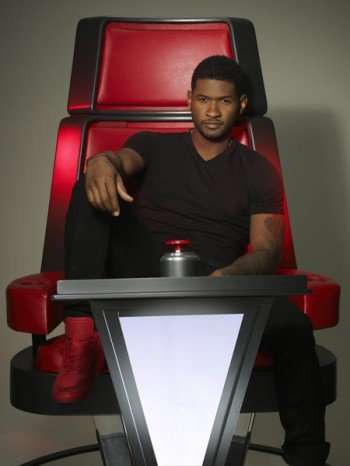 Season four of The Voice is off to a great start. Not only do new judges Usher and Shakira bring a fresh new perspective and energy to the show, but they both seem to have a keen eye for spotting talent. Usher previously signed then relatively unknown Justin Bieber to his music label.

Usher explains that the new season of the competition is going to be great, not because he’s a judge, but because the talent is so great. He also said that people can learn at home how to be a great entertainer. (Click on the media bar below to hear Usher)

The Voice airs Monday and Tuesday nights 8/7 central on NBC.

From what you saw last week, do you think The Voice has better talent than American Idol this year? Let us know!