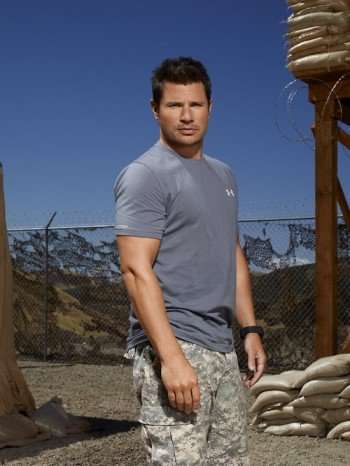 After his days with boy band 98 Degrees were over, Nick Lachey turned his popularity up a dramatic notch thanks to his MTV reality show with former wife Jessica Simpson.  Lachey also embarked on a solo career and is the host of the NBC competition series The Sing Off.  The entertainer is also a contestant on the NBC reality show Stars Earn Stripes, which premieres on NBC Monday August 13th.

With such hits as The Hardest Thing and I Do (Cherish You), 98 Degrees developed a loyal following before they broke up in 2002.  Now they are back together on tour, and Lachey is more than happy to reunite with his old friends.  Check out our video interview with Lachey, as he talks about bringing the boy band back together