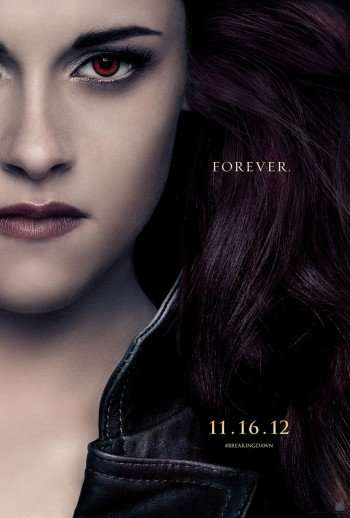 Possibly because it would be their last stand at San Diego ComicCon, TWILIGHT SAGA star KRISTEN STEWART was considerably more laid-back than she seemed during her last three appearances. Joining ROBERT PATTINSON, TAYLOR LAUTNER and best-selling series creator STEPHENIE MEYER to promote THE TWILIGHT SAGA: BREAKING DAWN PT. 2 (the upcoming fourth and final installment in the film franchise), the group was in good spirits and played to a standing-room-only crowd.
At one point while fielding questions from the audience, K-STEW was asked to talk about her very first impressions upon meeting these two guys who she would be working with over the next several years. (CLICK ON THE MEDIA BAR FOR AUDIO)
Get the Flash Player to see the wordTube Media Player.
THE TWILIGHT SAGA: BREAKING DAWN PT. 2 opens in theaters 11/16