Katy Perry Hit Rough Times On Her Way To Fame 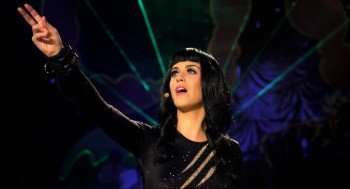 For over a decade, music superstar Katy Perry has been one of the hardest working singers in the business. Perry has scored eight singles which have topped the music chart. In addition to her music career, Perry has also started a successful acting career, having guest starred on the FOX comedy series, Raising Hope and doing the voice of Smurfette in The Smurfs movie.

But before she was a top singer, she had a very tough time breaking into the music industry. Things got so bad that early in her music career, her record label dropped her. Perry recalls that those rough, early days in her career eventually made her stronger, and helped her to get to the top of the music industry where she is today. (Click on the media bar below to hear Katy Perry)

Perry’s current hit single, Wide Awake, is near the top of the charts. Check out the video of the song below.

Madonna’s A Complex Character — And Who’d...

Thirty years after shooting her groundbreaking documentary, Madonna: Truth or Dare, the legendary pop star is working on another Madonna-centric film project. This time,...
Read more

As America still struggles with social distancing in the face of the COVID-19 pandemic, now there's an HBO special about life during COVID, a...
Read more

Bein' Green has been Kermit the Frog's signature song ever since it was written for the Sesame Street character in 1970. Of course, the...
Read more

The Country Music Association has announced the nominees for The 54th Annual CMA Awards, with Miranda Lambert topping the list at seven nominations –...
Read more