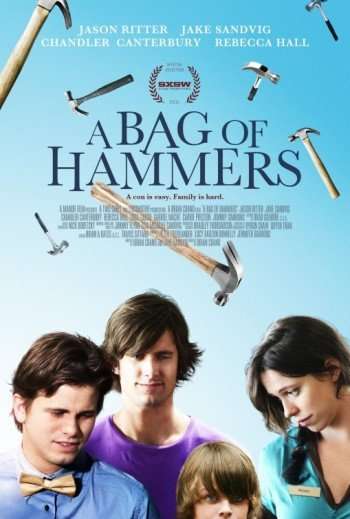 Currently in very limited release but available via VOD, A BAG OF HAMMERS is a quirky comedy/drama hybrid that centers on a couple of irresponsible petty thieves who refuse to grow up until an abandoned child forces their hand. Co-written (with star JAKE SANDVIG) and directed by BRIAN CRANO, the cast also includes CHANDLER CANTERBURY, REBECCA HALL, CARRIE PRESTON, TODD LOUISO, AMANDA SEYFRIED and GABRIEL MACHT.
Both RITTER and HALL share a show-biz lineage that could intimidate other actors. He’s the grandson of legenday country-western performer TEX RITTER and the son of iconic comic actor JOHN RITTER. She’s the daughter of director PETER HALL and opera singer MARIA EWING. We spoke with RITTER about his work in the film and asked if he and HALL ever compared notes on being the offspring of celebrity icons. (CLICK ON THE MEDIA BAR FOR AUDIO)
Get the Flash Player to see the wordTube Media Player.
A BAG OF HAMMERS is available via VOD now