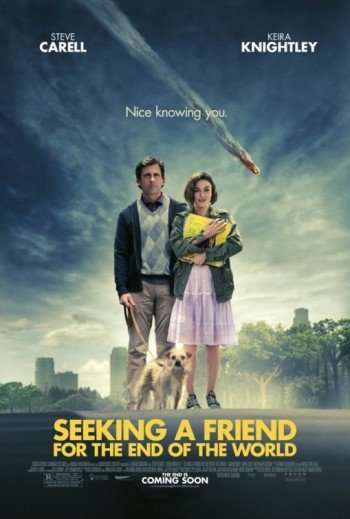 In theaters this month, SEEKING A FRIEND FOR THE END OF THE WORLD is based on the unlikely premise that a boy-meets-girl romcom can survive under the dark cloud of an impending apocalypse. Written and directed by LORENE SCAFARIA, the film stars STEVE CARELL and KEIRA KNIGHTLEY with support from CONNIE BRITTON, ADAM BRODY, ROB CORDDRY and GILLIAN JACOBS.
A veteran comic actor who knows what audiences find funny, CARELL had his doubts that an apocalyptic love story could connect with moviegoers. During a skype interview over the weekend, he admitted that, ultimately, he found it to be a “funny, absurd, black comedy.” (CLICK ON THE MEDIA BAR FOR AUDIO)
[MEDIA=6173]
SEEKING A FRIEND FOR THE END OF THE WORLD opens in theaters 6/22
Share
Facebook
Twitter
ReddIt
Tumblr
Pinterest
Linkedin
Mix
Email
Print