AUDIO FILES/CONTENT
May 25, 2012
By Hollywood Outbreak 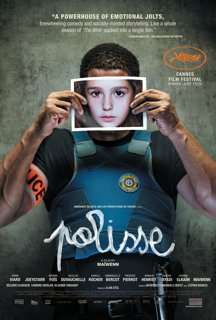 With last year’s passing of filmmaker Sidney Lumet (Serpico, Prince of the City), I wondered if police dramas would ever be the same.  It was an all too sentimental notion since that genre, along with the Western and film noir, are always subject to innovative and gripping interpretation.

French filmmaker Maiwenn’s morally ambiguous and absorbing narrative Polisse, which details the lives of members of the Paris CPU (Child Protection Unit).  The film begins with the camera focusing on a wide eyed girl answering questions about her father, who’s accused of molestation.  The questioner, a CPU member, has her back to the camera as viewers listen to the girl’s harrowing story.

The opening moments are just many sequences which stand out in Polisse, as we encounter the police’s frustrations with bureaucracy and, most of all, the exacting tragedies suffered by the families (an inescapable pain also takes its inevitable pound of flesh from the dedicated officers).

During our interview with Maiwenn, the director talked about working with the child actors in Polisse: [MEDIA=6129]

Polisse, now playing in select theaters, is also available (starting today) via Video on Demand from Sundance Selects.  The feature was honored with the Jury Prize at last year’s Cannes Film Festival.

Gerard Butler’s Always On The Lookout For...