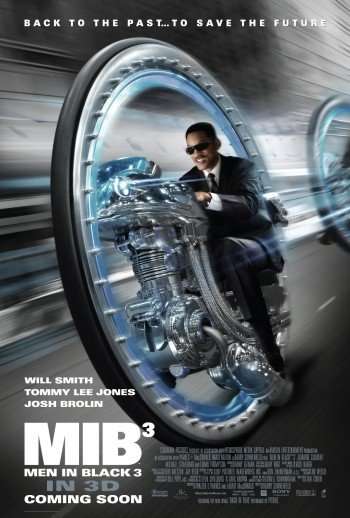 Opening in theaters this week, MEN IN BLACK 3 is a time travel adventure that reunites WILL SMITH, TOMMY LEE JONES and director BARRY SONNENFELD as well as introducing JOSH BROLIN as a younger version of JONES’ character. Given the film’s turbulent beginning, it’s a miracle it’s actually made it to the big screen. Rumors of unrest on the set, starting production without a finished script and assorted schedule conflicts all contributed to the feeling that this third installment in the  popular MEN IN BLACK franchise was doomed from the get-go. During our recent interview, director SONNENFELD laughed off the suggestion that the project was ever in trouble and told a great story about the making of his 1995 feature GET SHORTY. (CLICK ON THE MEDIA BAR FOR AUDIO)
Get the Flash Player to see the wordTube Media Player.
MEN IN BLACK 3 opens in theaters Friday