AUDIO FILES/CONTENT
May 4, 2012
By Hollywood Outbreak 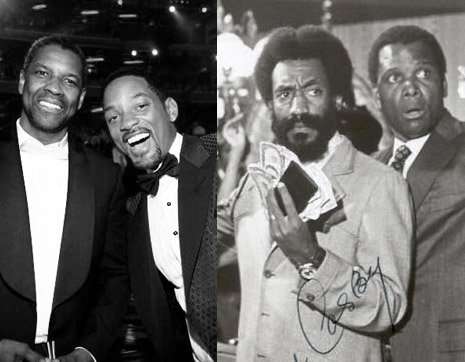 In theaters later this month, MEN IN BLACK III marks producer/star WILL SMITH’S return to the big screen after a hiatus of almost four years. Directed by BARRY SONNENFIELD, the film’s cast also includes TOMMY LEE JONES, JOSH BROLIN, ALICE EVE, BILL HADER, JEMAINE CLEMENT and EMMA THOMPSON.
We caught up with SMITH yesterday and he talked about taking time off to concentrate on the production end of his career and how he’s just now ready to get back to work in front of the cameras. One of the projects he’s been working on is a remake of the 1974 SIDNEY POITIER/BILL COSBY crime comedy UPTOWN SATURDAY NIGHT and he’s hoping to pull DENZEL WASHINGTON along with him. (CLICK ON THE MEDIA BAR FOR AUDIO)
[MEDIA=6071]
MEN IN BLACK III opens in theaters 5/25
Share
Facebook
Twitter
ReddIt
Tumblr
Pinterest
Linkedin
Mix
Email
Print