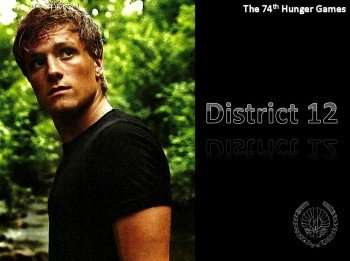 Arguably the most anticipated film of the season, THE HUNGER GAMES brings to the screen the first in the best-selling trilogy of young adult novels by SUZANNE COLLINS. Co-written and directed by GARY ROSS, the cast includes JENNIFER LAWRENCE and JOSH HUTCHERSON as the central young warriors sent to fight to the death in a televised arena battle. As Peeta Malaark, the baker’s son paired (and perhaps smitten) with reluctant heroine Katniss Everdeen, HUTCHERSON was one of many young actors who tried out for the role. During our recent interview, he talked about his audition and meeting the book’s author,  SUZANNE COLLINS. (CLICK ON THE MEDIA BAR FOR AUDIO)
Get the Flash Player to see the wordTube Media Player.
THE HUNGER GAMES opens in theaters today