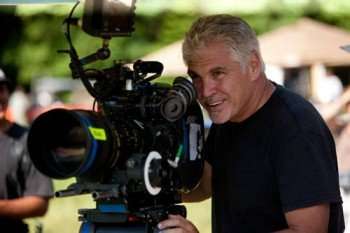 Set in the futuristic ruins that were once known as North America, THE HUNGER GAMES refers to the annual government decreed battle to the death of  children from each of the 12 remaining districts of the country. Selected by lottery, the 24 teens are placed in an arena where the no-holds-barred death matches are televised to a blood-thirsty nation. Based on the popular young adult novels by SUZANNE COLLINS, the film co-written (with COLLINS and BILLY RAY) and directed by GARY ROSS, who is a fan of the source material and took the job of adapting it for the screen very seriously.
For the arena battle scenes, ROSS adopted a hand-held, shaky-cam style that some critics have found fault with but, during our recent interview, the director explained the reasoning behind his choices. (CLICK ON THE MEDIA BAR FOR AUDIO)
Get the Flash Player to see the wordTube Media Player.
THE HUNGER GAMES opens in theaters tomorrow.