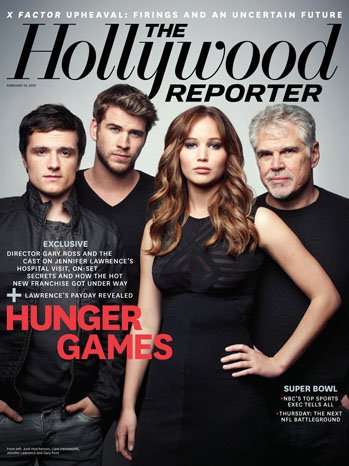 An all-star crowd turned out last night for the highly anticipated Los Angeles premiere of the big screen adaptation of SUZANNE COLLINS’ best selling young adult novel THE HUNGER GAMES. An epic sci-fi adventure set in the not-too-distant future where children are forced to kill other children in a televised arena battle, the series of books (including titles CATCHING FIRE and MOCKINGJAY) has crossed all demographic lines in sales.
A devoted fan of the novels, director GARY ROSS desperately wanted to be part of bringing THE HUNGER GAMES to the screen and, during our recent interview, he talked about feeling lucky that the fan base is responding to the same themes of the source material that resonated with him. (CLICK ON THE MEDIA BAR FOR AUDIO)
Get the Flash Player to see the wordTube Media Player.
THE HUNGER GAMES opens in theaters 3/23