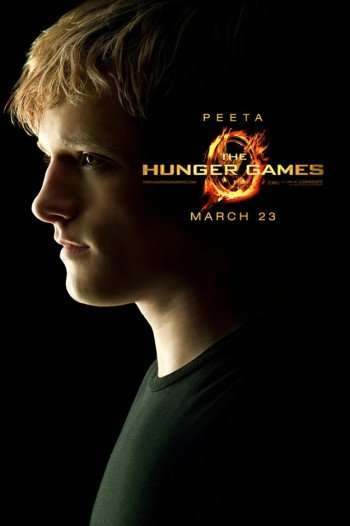 When former child-star JOSH HUTCHERSON brings to life the character of Peeta Mellark in the big-screen adaptation of SUZANNE COLLINS’ young-adult bestseller THE HUNGER GAMES, there’s little doubt that ‘tween and teen (and maybe some middle-aged) hearts will flutter. His, blond, boy-next-door good looks perfectly represent the District 12 baker’s son destined for certain death in the titular duel. Co-written and directed by GARY ROSS, THE HUNGER GAMES truly delivers the goods in casting the right people in iconic roles. A popular performer who managed to make the change from kid actor to teen hunk, HUTCHERSON admitted during our recent interview that he became a huge fan of the books only after hearing about plans to make the movie. (CLICK ON THE MEDIA BAR FOR AUDIO)
Get the Flash Player to see the wordTube Media Player.
THE HUNGER GAMES opens in theaters 3/23