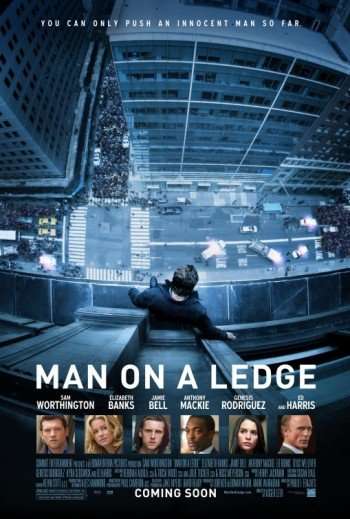 In the new thriller MAN ON A LEDGE, ELIZABETH BANKS plays a police psychologist determined to ‘talk down’ an ex-con driven to extremes to prove his innocence from a accusation of grand theft. Directed by ASGER LETH from a script by PABLO F. FENJVES, the cast includes SAM WORTHINGTON, ELIZABETH BANKS, JAIMIE BELL and ANTHONY MACKIE.
Soon to be seen in the much anticipated big-screen adaptation of the bestselling novel THE HUNGER GAMES, BANKS tells us that before rehearsals for MAN ON A LEDGE, she’d never met co-star WORTHINGTON. And, fortunately, first impressions aren’t always everything. (CLICK ON THE MEDIA BAR FOR AUDIO)
Get the Flash Player to see the wordTube Media Player.
MAN ON A LEDGE opens in theaters today