HOW GORDON RAMSAY HANDLES THE HEAT ON TELEVISION 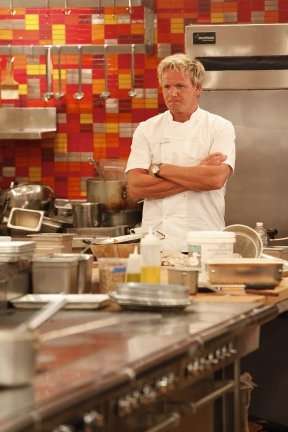 Chef Gordon Ramsay is one of the most renowned chefs on television. Here in the United States alone, he has three television shows; Masterchef, which just wrapped up its second season, Kitchen Nightmares, and Hell’s Kitchen. As if that isn’t enough already, Ramsay also has many other shows which air all over the world, which he has been juggling for years. Hollywoodoutbreak.com caught up with Chef Ramsay, who told us that it has gotten a lot easier dealing with all of his shows. (Click on the media bar below to hear to hear Chef Gordon Ramsay)
Get the Flash Player to see the wordTube Media Player.
Catch a new episode of Hell’s Kitchen tonight 9/8 central on FOX!
Find Us On Facebook: http://www.facebook.com