AUDIO FILES/CONTENT
May 20, 2011
By Hollywood Outbreak 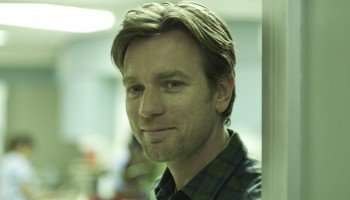 Although he’s done excellent work in Velvet Goldmine, Moulin Rouge and Trainspotting, Ewan McGregor is probably best known for his work as Obi-Wan Kenobi in the first three Star Wars movies (The Phantom Menace, Attack of the Clones, Revenge of the Sith).  Although the first three episodes received far less acclaim than the original pictures (A New Hope, The Empire Strikes Back, Return of the Jedi), one would think McGregor would have a few thoughts on the Star Wars franchise.

During the interviews for the upcoming drama Beginners, I asked McGregor about his thoughts on the September 16th domestic release of Star Wars: The Complete Saga on Blu-ray.  Featuring 40 hours of special features, new documentaries, and never before seen material, one would assume the actor would have a passing interest on the collection.  His answer:  “I suppose it’s nice for the fans to have a really sharp, colorful version of it, I don’t know what it means more than that, really.”

What it means, for Star Wars enthusiasts, is the chance to see their beloved films in high definition, and at this year’s San Diego Comic-Con International, fans will get an exclusive look at some of the collection’s special features.  What did you think of McGregor’s Star Wars response?  Too short?  On the money?  Listen to the clip and give us your comments (the person in the background is a fellow journalist who had a bit of a laugh):[MEDIA=4678]

George Lucas Takes Us Back To ‘Indiana’