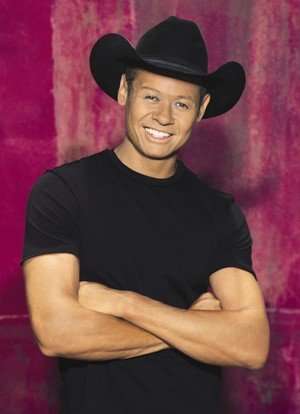 Neal McCoy, referred to by fans & musical comrades as ‘The Entertainer’s Entertainer’, is bringing his multi-award winning, multi-platinum career to the roster of Blaster Records, as announced this week by label Chairman Tom Porter.

The consummate performer boasts a career track of three platinum album certifications, beginning with his breakthrough disc No Doubt About It in 1994, which produced back-to back #1 singles with both the title track and Wink.

McCoy has gained Entertainer of the Year honors twice on his way to winning numerous industry and fan voted awards.  His  style and charismatic music helped the Texas native to earn multiple Top 10 singles along with gold certification on the Billboard charts.

One of the industry’s most active touring artists, McCoy is credited with amassing a major fan following and brand loyalty in his 21 year career in the industry.

McCoy’s latest endeavor in the field of entertainment introduced his talents as an author with the release of his first book, A NEW MOUNTAIN TO CLIMB: Heroes I’ve Met And The Mountains They Climb Every Day.

Blaster Records label head Tom Porter stated about making the signing announcement:  p.p1 {margin: 0.0px 0.0px 16.0px 0.0px; font: 16.0px ‘Times New Roman’} “Anytime you can add a performer of the caliber of Neal McCoy to your label roster, you can’t help but feel an inexplicable and exhilarating advantage in the popular world of country music. Blaster Records is excited and honored to be a part of Neal’s incredible team and we look forward to big things in the future.”

In signing to the growing Blaster roster, McCoy joins break-out brother duo Brother Trouble as a major immediate concentration in the label’s focus in the field of country music.