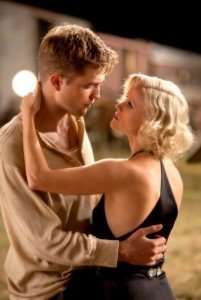 Robert Pattinson is a star all over the world thanks to his performances in the Twilight moves. Aside from playing Edward Cullen, Pattinson starred in the film Remember Me.  He gave a good performance in this film, but the movie didn’t fair well at the box office. However, Pattinson gives what critics are saying is his best performance yet in the romantic drama, Water For Elephants, which opens in theatres tomorrow. Pattinson thinks his mother will like the film, and hopes his fans will as well. (Click on the media bar below to hear Robert Pattinson) [MEDIA=4575]

Although largely overlooked at the time of its release, Donnie Darko has become a cult classic over the past 20 years. The twisted story...
Read more