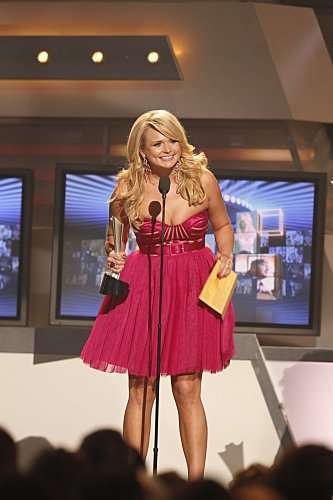 Like all Country Music award shows, the Academy of Country Music Awards is geared toward enjoyment for the fans. It’s one, big party on stage and it’s obvious that performing is pure delight for the artists as well.

Miranda Lambert had a great evening. Not only did the superstar nab Female Vocalist of the Year, but also landed Single, Song and Video of the Year for The House that Built Me.

Brad Paisley looked utterly shocked when he won Male Vocalist of the Year. Paisley thanked everyone from the fans and his family to his dog – demonstrating his wacky sense of humor.

The big Entertainer of the Year honor – voted on by fans – went to Taylor Swift.

It came as a surprise only to folks who don’t normally follow Country Music, that Sugarland walked off with the Vocal Duo of the Year Award.

Highlights included a duet with Jennifer Nettles and Rihanna. Seems like an odd pairing, but the two complemented each other so perfectly making it a genuine musical event…within the event. 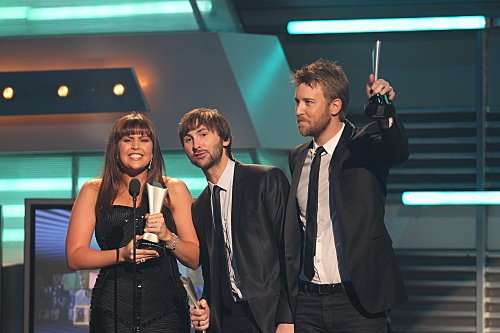 Lady Antebellum walked away with Vocal Group of the Year and Album of the Year for
Need You Now. Love Hillary Scott’s new look – as the trio (Scott, Charles Kelley, Dave Heywood) took the stage, Scott sported sleek, straight bangs that matched perfectly with a glam, black gown.

Great to see Ronnie Dunn back on stage, but it was a bit melancholy without Kix Brooks rocking the stage with him.

An uplifting performance led by Darius Rucker, singing Music of the Heart with a group of mentally challenged singers was one of the most impressive sets of the night. Rucker co-wrote the tune with Chris Young and Brett James and many adults with development disabilities (some joining him on stage) at the ACM Lifting Lives Music Camp last summer. 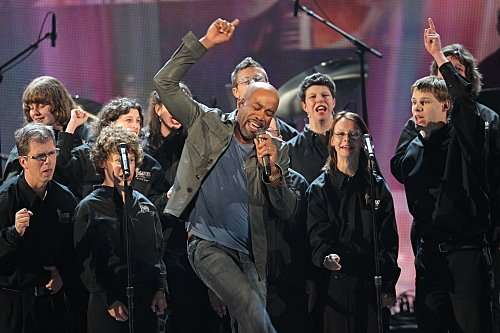 The performance was meant to benefit the Vanderbilt Kennedy Center to improve the lives of the disabled. For info on Lifting Lives and donations call (888) 9 LIFTING or text DREAM to 27722 for $5.

Reba McEntire not only hosted the ACMs with Blake Shelton, but also proved why she remains Country Music royalty with her performance When Love Gets A Hold of You. 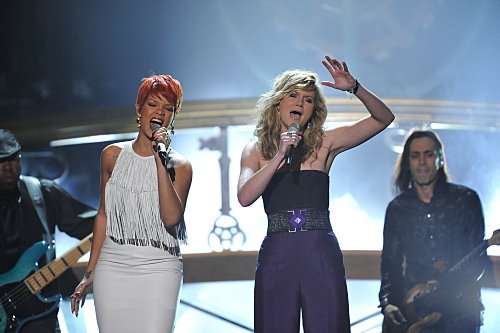 Entertainer of the Year: Taylor Swift

Vocal Duo of the Year: Sugarland

New Vocal Duo or Group of the Year: The Band Perry

Album of the Year: Need You Now, Lady Antebellum

Single Record of the Year: The House That Built Me, Miranda Lambert – produced by Frank Liddell and Mike Wrucke

Song of the Year: The House That Built Me, Miranda Lambert – written by Tom Douglas and Allen Shamblin

Video of the Year: The House That Built Me, Miranda Lambert