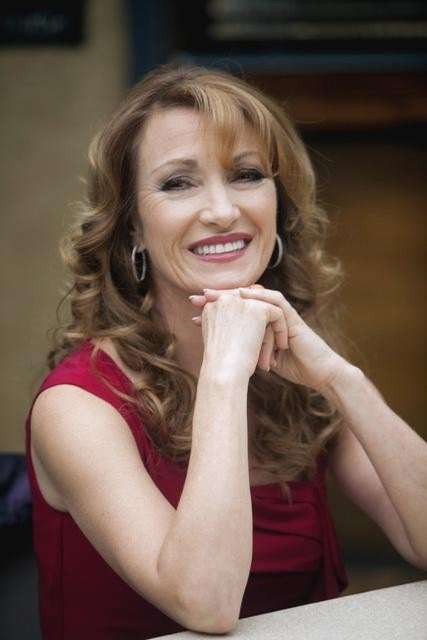 Jane Seymour is making a guest appearance on Castle tonight as Gloria, the mother of a soap opera writer who ends up dead.

“Obviously, I’m devastated about losing my daughter,” Seymour explains of her character. “I want to find out who could have possibly done this to her, but there is more to Gloria than meets the eye.”

As with all the Castle storylines, this week’s yarn is a balance between mystery and humor that the actress found to be an exciting working environment.

“They’re both so sweet. So giving and so loving,” the actress says about series stars Nathan Fillion and Stana Katic. “They made it really easy for me and they made it a lot of fun. By the time we had finished I’d felt like I’d known them for weeks.”

Because the episode begins on the set of a soap opera, Castle used many of the cast of All My Children for the special crossover story. It gave Seymour the opportunity to learn how challenging the life of a daytime drama star can be.

“It was different. I was quizzing them on their techniques for learning 50 pages in a day,” she admits. “I’m in awe of the amount of work they do in a day. It’s crazy.”

As amazed as Seymour is with the ability of soap stars to learn lines at mach speed, those same cast members were eager to be working with the actress.

“They were really kind and really nice and they were excited that I was there, which was very sweet,” she recalls. “I took lots of personal photographs with various people there.”