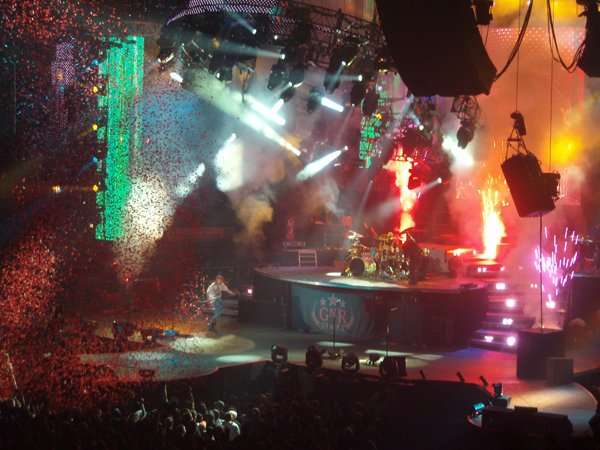 Guns N'Roses too good for "Glee"

I draw the line at ‘Glee,’” (regarding the use of his Guns N’Roses music) Slash told Entertainment Weekly in a moment of sensitive reflection.  For future historians it will be noted that he was the first (in January) to turn down the coveted offer from Glee producer Ryan Murphy.

““’Glee’ is worse than ‘Grease’ and ‘Grease’ is bad enough…When ‘Grease’ came out I was like, ‘Oh, c’mon, give me a break,’” Slash continued. “Actually, I look at ‘Grease’ now and think: Between ‘High School Musical’ and ‘Glee,’ ‘Grease’ was a brilliant work of art.”

After Britney Spears and Journey were sweet-talked into working with the hit show, it may now be fashionable for top rock groups, performers, songwriters to decline (in not polite terms) to license their music for Glee.

Dave Grohl of Foo Fighters told The Hollywood Reporter, “It’s every band’s right, you shouldn’t have to do f—ing ‘Glee. And then the guy who created ‘Glee’ is so offended that we’re not, like, begging to be on his f—ing show… f— that guy for thinking anybody and everybody should want to do ‘Glee.’”

Instructive, interesting how events have unfolded.