HOWARD STERN OPENS UP TO ROLLING STONE ABOUT HIS DIVORCE, NEW CONTRACT AND MORE 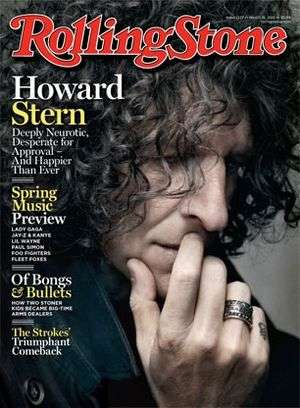 Howard Stern is sounding off on a variety of subjects in this week’s Rolling Stone. The talk show host covers everything from his newly signed Sirius contract (December 2010) to Charlie Sheen’s recent antics.

Our friends at Rolling Stone sent over a number of the highlights, which are listed below:

Stern’s recent contract renewal: “When it came down to sort of figuring out what I was really after, I was pretty sure I was going to leave the radio. I thought I’d kind of done what I needed to do. I still enjoyed it, but I also found that I wanted time to do some other things.”

Artie Lange: “He said to me recently that he would be willing to come on the air and explain what happened and stuff. I don’t even feel strong enough within myself or that I’d be doing the right thing by him, because I don’t want to do the wrong thing for Artie. I just want Artie to stay alive.”

Lange was a fixture on Stern’s Sirius radio show and actually attempted suicide in January of 2010. After recovering, Lange has been making the stand-up comedy rounds lately.

Charlie Sheen: “I sort of admire Charlie Sheen‘s ability to say f–k you to the world. It’s a fascinating car wreck because, you know, how many people are in Hollywood dying for a hit television show? I don’t know whether to give him a medal or to throw him in a loony bin.”

Single life after divorcing longtime wife Alison: “After my divorce, I realized, ‘Oh, wow, I can go have sex.’ And I was running around, picking up women. Then all of a sudden, it dawned on me that I really didn’t need that much sex. I just wanted somebody with me every minute. I was using women as a surrogate mother.”

The issue featuring the interview with Stern hits newsstands Friday.