O.J. SIMPSON BACK IN THE NEWS; REPORTEDLY BEATEN UNCONSCIOUS IN PRISON 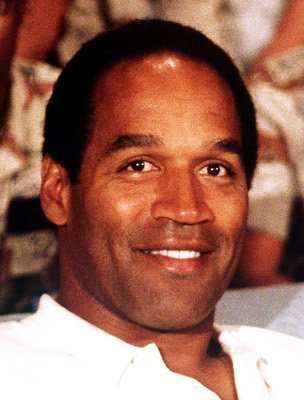 O.J. Simpson was reportedly beaten so severely in the Lovelock Correctional Center rec yard that he spent three weeks in the prison hospital.

The National Enquirer says that a snitch tells them the attack left Simpson in severe melancholy where he won’t go outside of his jail cell.

The story was buried by prison officials until (according to the Enquirer) they uncovered it.

Simpson is at the Nevada facility for a nine (or more) year sentence from his bizarre armed caper with a Vegas memorabilia dealer nearly four years ago.

According to the Enquirer‘s other sources, the fight had to do with Simpson‘s female conquest bragging and the rage of some race supremacists.

More of the interview from the newsstand National Enquirer and at www.nationalenquirer.com.