‘THE BACHELOR’ BRAD WOMACK WORKING HARD BEHIND THE SCENES 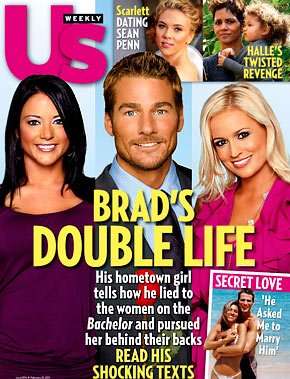 “Even when we weren’t together, he would say how much he loved me and was going to marry me,” Laurel Kagay tells Us Weekly about The Bachelor‘s Brad Womack.

All that wouldn’t mean much except that Womack is suppose to be considering a whole field of females to marry on the reality show.

After spending the summer trying to win her back — including a speech to Kagay, 31 (he’s 38), and her mother saying he would “marry her right now” — he left to film the reality hit, but continued to send Kagay emails.

Lucky Womack isn’t just working behind the scenes but also between the lines.

Us Weekly on stands now.  More at USMAGAZINE.COM