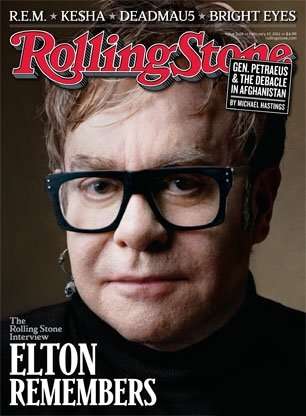 Billy Joel has sold over 150 million records with 33 Top 40 hits that he wrote without help and 33 Grammy nominations, six wins and countless other awards and honors.

The creative genius also suffered from depression bad enough for him to attempt suicide in 1970.  A perceptive psychiatrist might say that Joel‘s been medicating himself off and on with alcohol to fight his demons.

Elton John says that no matter the reason, his friend and touring partner has to get serious about his addiction.

“Billy’s a conundrum,” John tells Rolling Stone. “We’ve had so many canceled tours because of illnesses and various other things, alcoholism.”

Will lecturing with tough love from John make an impression on the now 61-year old Joel?

He’s going to hate me for this, but every time he goes to rehab they’ve been light,” John says. “When I went to rehab, I had to clean the floors. He goes to rehab where they have TVs. I love you, Billy, and this is tough love. Billy, you have your demons and you’re not going to get rid of them at rehab light. You’ve got to be serious.”

More at RollingStone.com and at newsstands.