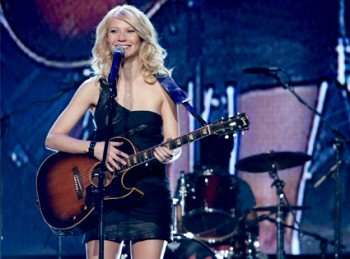 Gwyneth Paltrow will be hosting Saturday Night Live for the third time later this month.

The duties will come just one week and a day after the debut of her feature film, Country Strong. Paltrow, who earned a Best Actress Oscar for her performance in the 1998 flick Shakespeare in Love, stars opposite Country Music star, Tim McGraw, in Country Strong. McGraw has had a number of notable film roles from Flicka and Four Christmases to The Blind Side.

Paltrow’s musical guest on SNL will be Cee Lo Green, who will make his debut as a solo artist on the variety program. His hit single F**k You, off of The Lady Killers album, has four Grammy nominations including Record of the Year and Song of the Year.