RUSSELL CROWE ENJOYS PITTSBURGH DURING “THE NEXT THREE DAYS” 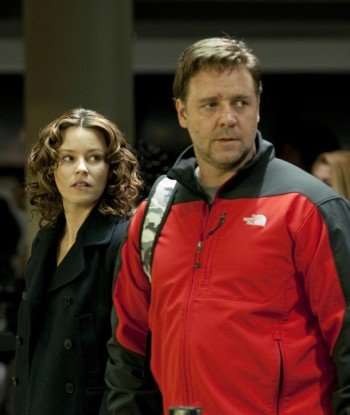 Russell Crowe plays John Brennan, a Pittsburgh college professor who hatches an elaborate plan to spring his wife (Elizabeth Banks) out of prison in The Next Three Days.  Crowe, who would often ride a bike to the set, enjoyed exploring Pittsburgh, home of quarterback Ben Roethlisberger and his merry crew of Steelers. “Three rivers converge, and I think there is a great euphemism in terms of what happens in the movie,” said the actor, last seen opposite Cate Blanchett in Ridley Scott’s film Robin Hood.  “So in this place you have this downtown, you have this high ridge on one side and then a sloping longer high ridge on the other side.  So you can get, on a clear day, beautiful perspectives of the city.  As a sports fan, the fact that they have Heinz Field, the baseball diamond, and ice hockey all within the downtown area, it’s very convenient.  On a game day you can stand up on a highpoint and see the yellow and black stream into town.  It’s kinda cool.”  The Next Three Days, directed by Crash filmmaker Paul Haggis, co-stars Liam Neeson and opens Friday.  Click on the media bar to hear Crowe recount reading a positive review of his new movie, only to realize the writer gave him a backhanded compliment!!  Haggis can also be heard in the audio clip.