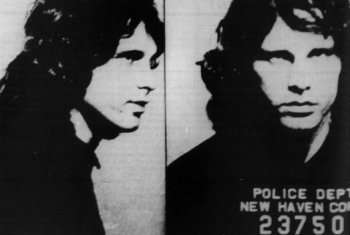 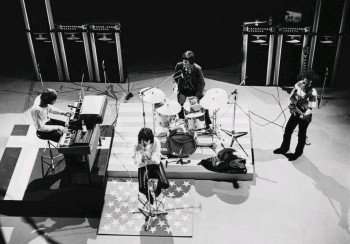 Morrison (center front) with The Doors in 1968

Enter Florida Gov. Charlie Crist, defeated senate candidate, lame duck politician without a party and soon to be without a job, says that as a final act of grace he may consider pardoning the rock god (to some) Jim Morrison (The Hill said yesterday).

In 1969, Morrison dropped his pants and shouted cocky-doody words at a Miami concert that got him tried and convicted of indecent exposure and potty-mouth.

Morrison ran to Paris and died in 1971 at the age of 27 without seeing a day in jail.

His fans (and lord there’s a lot of them) have cartwheeled through fiery hoops to get Morrison‘s good name cleared because a whiskey bottle made him act like an idiot and he didn’t shout fire in the crowded theater.

“Anything is possible,” and “Stay tuned,” Crist said, assuming that he was even referring to the Free Morrison movement.

Next board hearing is exactly one month away, then a month after that Crist will be back chasing ambulances.