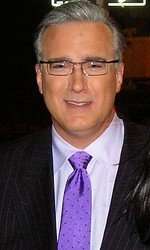 Lifelong baseball card fanatic and MSNBC‘s top show host, Keith Olbermann was suspended today from the cable news network.  All this for a little issue of violating the company ethics provision by donating to political candidates.

“I became aware of Keith’s political contributions late last night,” a statement said that MSNBC President Phil Griffin said. “Mindful of NBC News policy and standards, I have suspended him indefinitely without pay.”

Politico published a statement by Olbermann saying that “One week ago, on the night of Thursday October 28 2010, after a discussion with a friend about the state of politics in Arizona, I donated $2,400 each to the re-election campaigns of Democratic Representatives Raul Grijalva and Gabrielle Giffords,” he said in the statement. “I also donated the same amount to the campaign of Democratic Senatorial candidate Jack Conway in Kentucky.”

The contributions give the impression that Olbermann may have a political bias and therefore a conflict of interest as a serious chronicler of the news and honest broker of information.

He can always get a job at NPR.