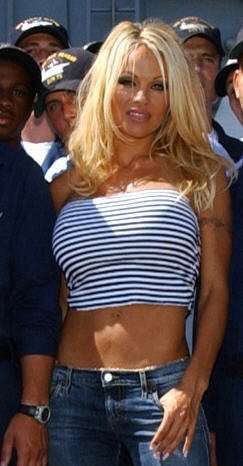 The money that (still curvy after 43 years) Pamela Anderson gets from posing in nature’s own for Playboy will go to a Indonesian disaster relief fund (Waves for Water).

Yesterday, Indonesia’s Metro TV said that the Islamic Defenders Front complained that because of Anderson‘s “immoral acts” her donation is “against the law of God.”

“If she wants to be photographed naked, then she is challenging a bigger disaster to happen in Indonesia.  It’s haram,” Habib Umar Salim, the head of FPI‘s advisory council reportedly said.

Would the offended modify their opinion if they knew that Anderson is Canadian?

And in case you’re still living in the eighth century, haram means forbidden.