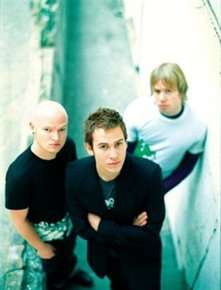 Although Lifehouse has generated a loyal fanbase over the years, thanks to such hits as “Hanging By A Moment,” and “You And Me,” frontman Jason Wade is not too keen on reading the group’s reviews.  “It’s hard when you find someone like talking dirt about you and it’s like you obviously are interested but then afterwards it kind of gets on your nerves after a while,” said Wade.   “So I think it’s better just to stay away from it all as much as you can.” The band’s latest album, Smoke & Mirrors, came out in March, and once again the group have crafted several catchy tunes (most notably “All In,” “Nerve Damage,” and “Halfway Gone”), and it’s actually their strongest effort to date.  But if you’re expecting to write some kind of review on Smoke & Mirrors, don’t expect Mr. Wade to read it.  Click on the media bar to hear the singer talk about why reading Lifehouse reviews isn’t his cup of tea.

As someone who's always been musically inclined, Dakota Johnson has usually made music part of her routine for mentally preparing herself for her acting roles....
Read more

Taron Egerton first got to work with Elton John when John played a semi-fictionalized version of himself in Egerton's The Kingsmen sequel, The Golden...
Read more

The old adage is holding true for American Idol: The show must go on! Even as America battles the COVID-19 pandemic with various lockdowns...
Read more