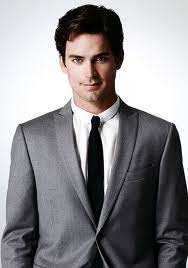 Tonight’s summer finale of White Collar airs tonight on USA at 9 pm et/pt, and “Neal” (Matt Bomer) is hell-bent on finding the person who killed his girlfriend “Kate” (Alexandra Daddario).  Although the show, like most of USA’s programming is definitely engaging, the loss of Daddario during the end of season one was a bit heartbreaking (in this writer’s opinion).  “Kate’s” death has affected much of the tone of the show’s second season, and one hopes “Neal” gets a bit of revenge on tonight’s installment.  Bomer was actually quite shaken up about “Kate’s” passing, and he actually broke down and cried during the sequence.  Click on the media bar to hear the rather sensitive Bomer recall his waterworks breakdown! [MEDIA=3880]