ANOTHER PRINT BITES THE INK 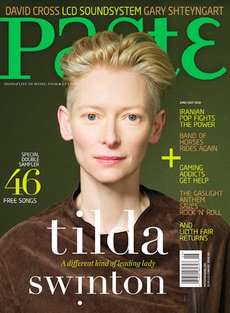 The music magazine Paste, Signs of Life in Music, Film and Culture, told its staff of nine that it could not meet its overhead, and that included the payroll.  Winner and near-winner of numerous excellence awards, Paste had to close its print newsstands after nine years.  The entertainment digest began with an experimental Radiohead model asking customers to pay whatever they wanted for an annual subscription.  The idea worked, but advertising wasn’t as robust.  Last year the company again asked its customers for help, but the donations only stalled the injuries.

The three Paste officers, co-founders editor-in-chief Josh Jackson, publisher Nick Purdy and vice president Tim Regan-Porter will keep their website running while continuing talks with potential investors with the dream of putting Paste back into print.

Among its many accolades, Paste was listed at 21 on the Chicago Tribune‘s 2005 list of 50 best magazines.  And speaking of the Chicago Trib, a court-appointed mediator will assist in the 21-month long bankruptcy negotiations of  The Tribune Co. and it’s various creditors, reports said.

Sad.  The conversations in the print institutions sound similar to the lamentations of the carriage industry in 1900.