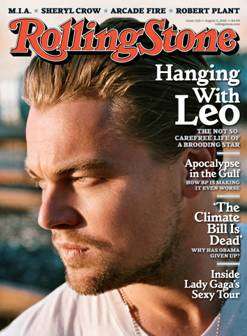 Leonardo DiCaprio makes for one dramatic cover boy in Rolling Stone this week. The actor reveals how he survived his younger years as a punk, how little things cause him excessive worry despite his orderly life and how his dating has suffered since starring in the mega-hit movie, Titanic.

The Rolling Stone article details DiCaprio’s post Titanic life along with how he avoided the pitfalls of going from kid actor to Hollywood’s hottest heartthrob.

Look for the new issue Friday.