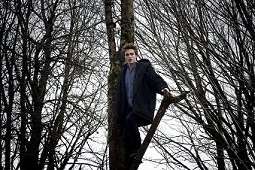 What a great year it has been for Robert Pattinson.  In less than a year, he has starred in three feature films, Twilight: New Moon,  Eclipse, and Remember Me.   You might think that Pattinson would take some time off after working so hard in such a short period of time, but Pattinson tells us this is not so.   Pattinson is working like crazy and recently gave us his long list of future projects.  (CLICK ON THE MEDIA BAR BELOW TO HEAR ROBERT PATTINSON)