CLAY AIKEN LOOKS BACK AT HIS RISE TO FAME 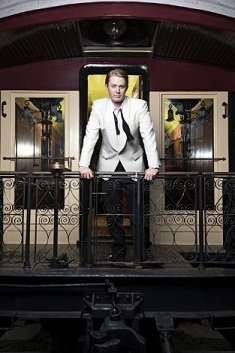 It’s been over seven years since Clay Aiken took on Ruben Studdard and lost on the second season finale of American Idol.  However, one could argue that Aiken’s star has risen higher than Studdards, as he’s released five albums since his Idol run, penned a book (Learning to Sing: Hearing the Music in Your Life), and even had a successful run on Broadway’s Spamalot.   Aiken, believes his latest album Tried and True is his strongest work to date, thanks to the wisdom he’s gained navigating the unpredictable path of showbiz.  Aiken gives his thoughts on why a little grey hair is not such a bad price to pay when it comes to gaining a bit of knowledge. (CLICK ON THE MEDIA BAR BELOW TO HEAR CLAY AIKEN)