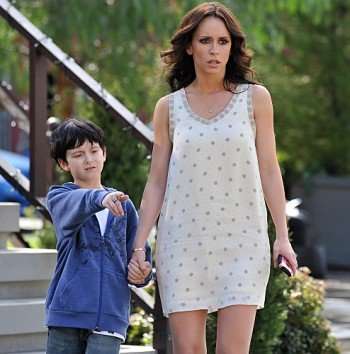 The New Adventures of Old Christine, Cold Case and Ghost Whisperer are the latest casualties in the network shuffle. All three shows have been cancelled by CBS.

Ratings had declined for those programs, particularly this past season. These were ratings strongholds for the net, Ghost Whisperer certainly had enough viewers to put it at the top of its timeslot each week. However, the series has seen a steady decline and was even outdone by its companion program, Medium over the current season.

Perhaps it was the disjointed storylines after the addition of a son born to the core characters, who went from birth to school age in the span of 30 seconds that brought about the ratings drop on Ghost Whisperer. Maybe the character of Jim (David Conrad) getting murdered and taking over another dead guy’s body was its undoing. Either way, CBS mercy killed the Friday night staple.

Cold Case, another veteran series, had stable numbers on Sunday nights, though modest. And Old Christine, too had a consistent, but lukewarm viewer-ship on Wednesday nights.

Those weren’t the only cancellations, but they were series’ that had long runs on the net. New program Miami Medical and fall entry Accidentally On Purpose also got the axe.