Sherlock Holmes explores the hunkier side of the super-sleuth as he solves crimes with his personal enabler, Dr. Watson. The flick stars Robert Downey, Jr. as Holmes and Jude Law as Watson.

Alvin and the Chipmunks: The Squeakquel is the sequel to the hit movie about singing chipmunks. This time around they not only have their own busy lives and the pressures of school and celebrity to worry about, but they also have to contend with a rival female group called The Chipettes.

House Broken stars Danny DeVito as a father taking drastic measure to get his lazy sons to get out of the house to fend for themselves so he can enjoy retirement.

An Education follows a teenage girl in 1960s London and how her life changes after the arrival of a playboy nearly twice her age. 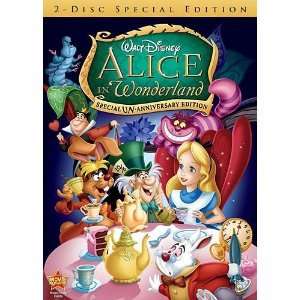 Fresh on the heels of Tim Burton’s live-action release Alice in Wonderland comes the re-release of the Walt Disney classic animated feature of the same name. If you haven’t seen this adaptation of Lewis Carroll’s famed children’s books make time for it now. Alice in Wonderland: The Un-Anniversary Edition is one of Disney’s best.

The Jacksons: A Family Dynasty is a two-disc set of the reality series surrounding the Jackson family after the death of superstar brother, Michael. It begins as the family tries to pick up the pieces and move forward with their careers and lives.

Steven Seagal: Lawman – The Complete Season One is the reality program surrounding action star, Steven Seagal and his life as a real life lawman.

Deadliest Catch: Season Five continues the saga of the men who work in one of the toughest jobs imaginable – as deep sea fishermen.

The “Weakest Link,” NBC’s newest hit game show phenomenon hosted by Jane Lynch, has been renewed for a second season. The popular series is...
Read more

Filmmakers had a tough time completing projects in 2020. For a time, production all over the world stopped because of the COVID-19 pandemic. Once...
Read more

Throughout the long, long history of the James Bond film franchise, plenty of models and young actresses have had their profiles boosted by appearing...
Read more