RICKY GERVAIS – “THE OFFICE” AND “EXTRAS” REVIVAL – NOT LIKELY 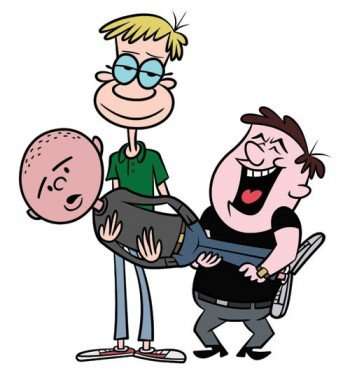 Though Ricky Gervais has shamelessly plugged the DVD releases of his series comedies, The Office and Extras he probably won’t be reprising the roles anytime soon.

After all, the American version of The Office is a big hit and there would be little point in resurrecting the original, according to Gervais. Extras shows a tiny bit more promise for a revival – still the actor advises fans not to get their hopes up.

Click onto media bar for Ricky Gervais explanation as to why more of the original Extras and The Office aren’t on the fast-track for new episodes.