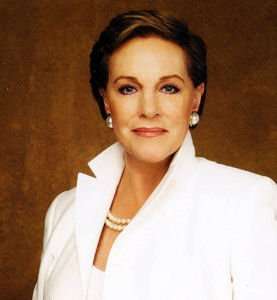 Well, here’s some welcome holiday news. It’s being reported that legendary performer JULIE ANDREWS will be returning to the London concert stage thirty years after her last British concert appearance. ANDREWS had a throat operation in 1997 that initially left her unable to sing. We spoke with her in 2001 and she talked about her hope that someday she would be able work live with an orchestra again. Listen in below:
[MEDIA=2362]
Concert promoter AEG EUROPE announced Wednesday that ANDREWS will perform at London’s 02 Arena on 5/8/10.
Share
Facebook
Twitter
ReddIt
Tumblr
Pinterest
Linkedin
Mix
Email
Print