ON THIS DAY IN SHOW BIZ: ROCK HUDSON BORN

NEWS OF THE DAY
November 17, 2009
By Hollywood Outbreak

On this day in 1925,  Roy Harold Scherer-later known as Rock Hudson-is born in Winnetka, Illinois.  As a child, Hudson auditioned for school plays but never landed a role. Later, he worked as a navy mechanic and a truck driver, then pursued an acting career after World War II. After extensive grooming, which included acting, dancing, and fencing lessons, Hudson became a leading actor with Universal. In the late 1940s and early 1950s, he frequently starred in action films and melodramas, including The Desert Hawk (1950) and The Iron Man (1951). Later, he shone in comedies like Pillow Talk (1959), the first of his three pictures with Doris Day. He later worked in television, starring in the series McMillan and Wife from 1971 to 1977 and appearing in Dynasty in 1984 and 1985. Hudson died of AIDS in 1985, at the age of 59. As one of the first major celebrities to admit to having AIDS, Hudson boosted awareness about the epidemic. 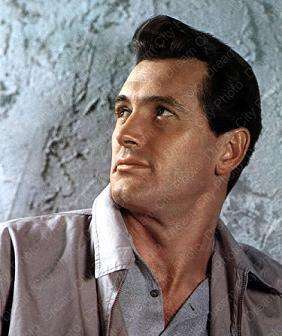