DIEGO KLATTENHOFF – WHAT’S IN A NAME? 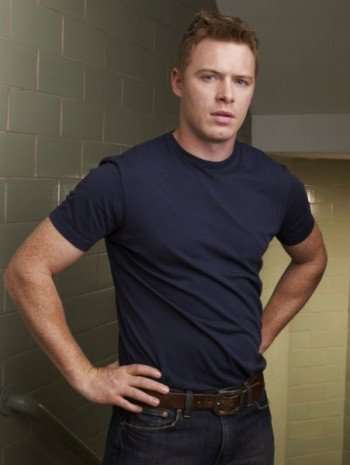 Mercy actor, Diego Klattenhoff looks as Irish as it gets.  So, what’s with the name?

According to Klattenhoff, it was nothing more than a simple choice by his father, who was a pottery artist.

The name has worked out well for him.  Let’s face it, producers are inclined to remember him.  But, that’s not why he got the role as Michael Callahan, Nurse Veronica Callahan‘s (Taylor Schilling) explosive husband on Mercy.

Whatever the reason, Klattenhoff is glad he was chosen – even if his character is a little angry right now.  Considering Michael Callahan just learned his wife had an affair while stationed in Iraq, he’s holding it together…no wait, scratch that…Michael‘s bent and on the verge of divorce.

But, Klattenhoff tells HollywoodOutbreak.com that the chances of a long-term split between the fictional couple are minimal.

Click onto media bar for an update on the Callahan marriage on Mercy as well as the history behind Diego Klattenhoff‘s name.