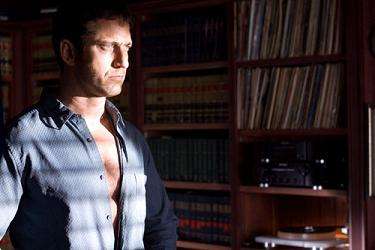 Don’t you just love a great rear end?  Gerard Butler apparently does.  The actor has showed off his assets in films like his starring role in 300 to his new thriller Law Abiding Citizen.

And a right smart shape it is, too.  Still, Butler does have to work at his fine example of a derriere.  But, he has been inspired over his career by actors who have traveled that road before him.

Click onto media bar for Gerard Butler‘s physical inspiration for his lean and mean look.[MEDIA=2080]