ON THIS DAY IN MOVIES: SUMMER STOCK 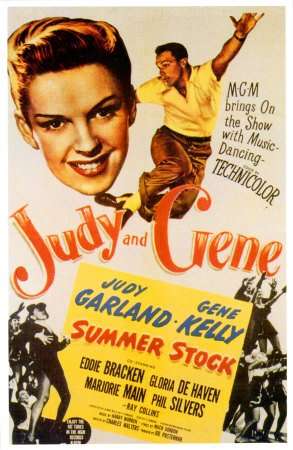 On this day in 1950, M-G-M released SUMMER STOCK. Directed by CHARLES WALTERS from a script by GEORGE WELLS, this is a prime example of a typical M-G-M musical. Classic song and dance performed by a cast that includes JUDY GARLAND, GENE KELLY, GLORIA DeHAVEN and EDDIE BRACKEN. Behind-the-scenes drama almost shut the production down but in stoic ‘the show must go on’ fashion, the problems were covered up and the end results are, at times, pretty impressive.

Let Him Go pairs up Diane Lane and Kevin Costner as a retired married couple who search for their missing grandson. Its Western setting...
Read more

The Trial of the Chicago 7 is based on events that happened more than 50 years ago, stemming from the protests and arrests at...
Read more

The Harry Potter franchise brought Daniel Radcliffe immediate fame. With that fame came both the perks and pitfalls of being a celebrity. And sometimes,...
Read more

A year after the explosive events of last season, England finds itself embroiled in a devastating civil war, with the powerful, neo-fascist Raven Union,...
Read more

With less than a month remaining until the general election, HBO Max has revealed the trailer for A West Wing Special to Benefit When We All Vote,  which...
Read more
Facebook
Instagram
Pinterest
RSS
Twitter